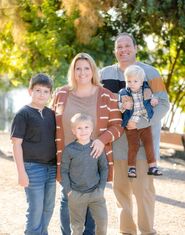 Brian Capanna - Rector (Senior Pastor)
Laurin Capanna - Worship Leader
Fr. Brian attended Bethel Seminary, San Diego, and graduated in the Spring of 2009. He was ordained a priest on July 30, 2009. He wholeheartedly accepted a position at Christ Church as an associate pastor under the direction of his friend and mentor, Fr. Don. In February of 2014, Fr. Brian was installed as the Rector (senior pastor) of Christ Church.  Brian and his wife of 18 years, Laurin, work as a ministry team in leading worship and occasionally working with youth and young families.  They love camping and adventuring together with their three sons. 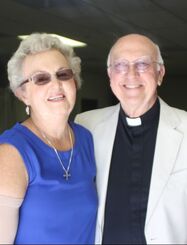 ﻿Don Kroeger - Rector Emeritus (Associate)
​Carol Kroeger
Fr. Don entered seminary at the age of 39 following a career in the credit and collection bureau business. He has many stories of how God confirmed his call to the priesthood and provided for him and his family during the seminary years. He was ordained a Priest at St. Philip’s in Coalinga on November 24, 1985, and served as rector there for five years. He then accepted a call from St. Luke’s in Merced, CA and remained there for seven years. He feels blessed to have been called as Rector of Christ Church in 1996 and is now enjoying his new role as Rector Emeritus and support preacher. He is married to Carol and they have four grown sons. 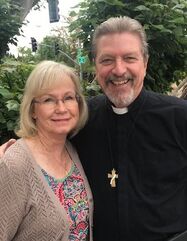 Gerry Teplansky - Deacon
​Maria Teplansky
After a successful and rewarding 30-year career in law enforcement, Deacon Gerry felt the Lord calling him to the diaconate. Upon completing the course for Diaconate Studies at Trinity School for Ministry, he was ordained on February 22, 2019. Deacon Gerry has been married to the love of his life, Maria, for over 48 years. They have three grown children and six wonderful grandchildren. Maria is also involved in several church ministries, including altar guild, Sunday school, and vestry. They both share the vision established by Father Brian and Father Don, that Christ Church be seen as not only a house of worship, but one that offers hope and a home for families and those in need of family. 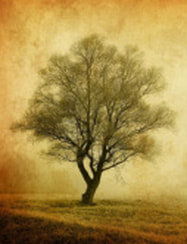